On October 6th, voters will have the chance to watch Senator Mark Kelly (Democratic) and challengers Blake Masters (Republican) and Marc Victor (Libertarian) debate live. Learn how to watch and how to submit questions below. 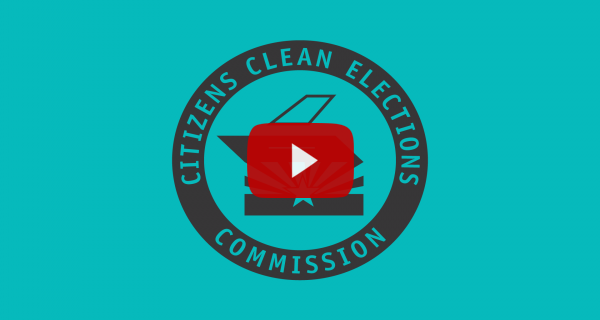 The debate will air live from the Arizona PBS studios in Phoenix and will be broadcast live across dozens of local TV and radio stations across all corners of Arizona as well as on newspaper websites from around the state. Check your local listings to find a media partner near you.

The Arizona US Senate Debate will be broadcast across the state to ensure maximum accessibility. The debate will be simulcast in Spanish with live audio translations. The debate will also include live ASL interpreters for the deaf and the hard of hearing community in addition to closed captioning services in both English and Spanish.

The debate is brought to voters by Clean Elections, the state’s non-partisan voter education agency, Arizona PBS, the Arizona Broadcasters Association; and the Arizona Newspaper Association. 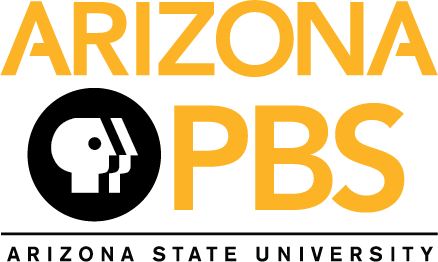 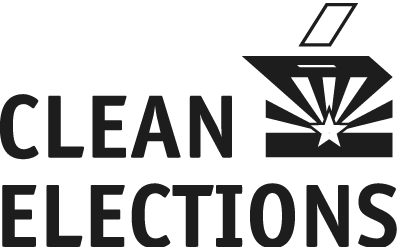 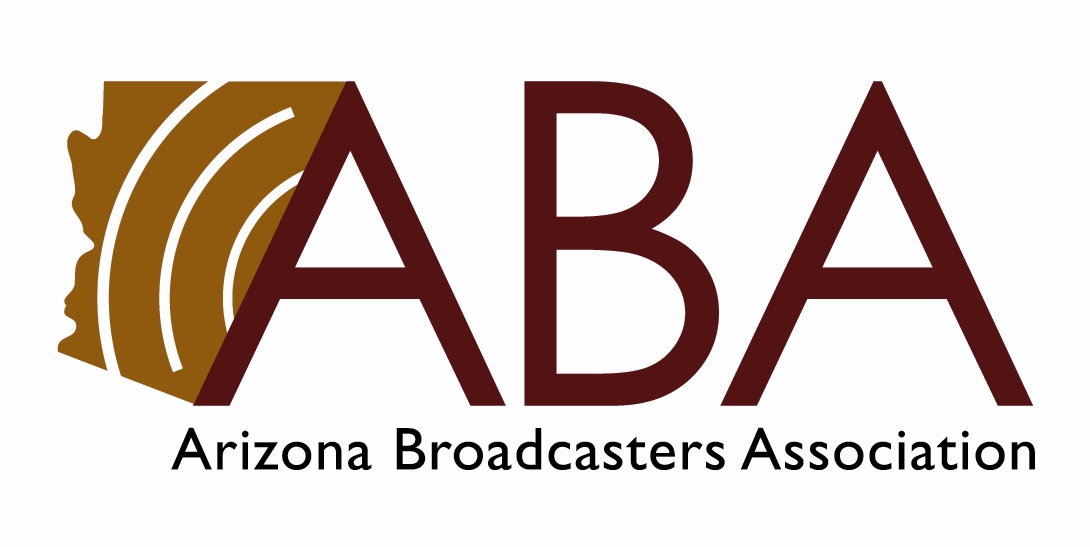 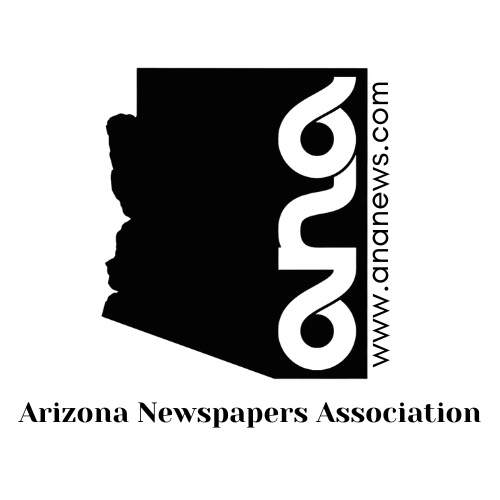 Mark is the son of two police officers, and he attended public schools from elementary school through the U.S. Merchant Marine Academy and U.S. Naval Postgraduate School. As a naval aviator he made two deployments to the First Gulf War on the aircraft carrier the U.S.S. Midway and flew 39 combat missions in Operation Desert Storm.

Mark was selected as an astronaut in 1996 in the same class as his twin brother Scott. He flew his first of four missions into space in 2001 aboard Space Shuttle Endeavour, the same space shuttle he commanded on its final flight in May 2011. Mark has spent more than 50 days in space, and has lived on the International Space Station. His identical twin brother, Scott Kelly, is also a retired U.S. Navy Captain and astronaut who served aboard the International Space Station on a yearlong mission.

Mark and his wife Gabby made their permanent home in Arizona in 2012 after he left NASA and retired from the Navy and she resigned from Congress to focus on her rehabilitation and recovery. Mark’s daughter Claire recently graduated from Arizona State University and his oldest daughter Claudia lives in Tucson.

In January 2013, in the wake of the tragic shooting at Sandy Hook Elementary School, Mark and Gabby co-founded the organization ‘GIFFORDS,’ which unites veterans, law enforcement officials, gun owners, faith leaders, and Americans of all stripes to reduce gun violence and make our communities safer.

Blake grew up in Tucson, Arizona. In 2012, he married his high school sweetheart, Catherine. Happily married for 10 years now, Blake and Catherine are raising and homeschooling their three beautiful boys, Miles, Graham, and Rex.

After graduating from Stanford and Stanford Law School, Blake co-founded a successful software startup called Judicata. In 2014, he co-authored the #1 New York Times bestseller Zero to One. Having sold more than 4 million copies, it’s the world’s most popular book on startups and venture capital.

In 2015 Blake became President of the Thiel Foundation, a nonprofit that promotes science and innovation. The Foundation’s Thiel Fellowship Program has paid 225 young people to drop out of college so that they can create new companies. Businesses started by Thiel Fellows are together now worth more than $45 billion! From 2018 to 2022, Blake was Chief Operating Officer at Thiel Capital, an investment firm that specializes in the technology sector, where he helped grow assets under management by billions of dollars.

Blake also joined President Trump’s transition team in 2016. Blake saw firsthand how deep The Swamp really is and how establishment forces immediately tried to undermine President Trump’s MAGA agenda. Now Blake is putting his successful business career on hold to represent Arizona in the U.S. Senate because the same old establishment politicians and the same old establishment candidates have failed us. He brings a wealth of experience to the table on how to defeat not just the progressive Democrats, but also the weak and compromised RINO Republicans.

America is in decline and the world is a dangerous place. Blake uniquely understands the modern threats that we face.

At home, we see an unholy alliance between Big Government, Big Tech and Big Business, who collude to wreak havoc on our economy, destroy our border, impose their radically liberal ideology on our culture, and censor any dissent. Blake uniquely gets how this regime, working hand in hand with the Democrats, is weaponizing technology to destroy America as we know it.

Abroad, we see the menace of authoritarian countries like China. Blake has an unrivaled understanding of how China uses technology to not only control and terrorize its own citizens, but also to steal our intellectual property and wage digital warfare against America.

As a father, Blake’s #1 priority is to ensure America (and Arizona!) remains the best place in the world to raise a family. To do that, we need to make sure America is still recognizable by the time our children are grown. Blake will lead as we fight for our culture.

The failures of current leaders like Joe Biden and Mark Kelly have made our situation dire. But Blake rejects the feelings of hopelessness that they are pushing on us. Blake knows that we can win, and we must win. But winning requires electing innovative leaders who truly understand what is happening in this country, and how to restore American freedom and greatness. As a lifelong Arizonan and someone with deep experience in business and the technology industry, Blake is the only one in this race with the necessary skills and background to win the fight in Washington.

Together we can build a better Arizona and stronger America. Put your trust in Blake as our nominee and together we will boot Democrat Mark Kelly from the Senate and Make Arizona Great Again.

Marc J. Victor is a certified Criminal Law Specialist by The Arizona Board of Legal Specialization and is admitted in Arizona & Hawaii. Marc has been zealously representing clients in serious state and federal criminal law matters for well over twenty-five years. He has twice debated Maricopa County Attorney Bill Montgomery on the drug war.

Marc has represented clients in more than a thousand major felony cases including first and second-degree murder, sex cases, gun cases, major drug cases, complex white-collar cases, federal appeals, high-profile civil rights, personal injury, and other complex state and federal matters. His jury trial experience includes several murder trials including death eligible matters as well as complex sex and drug cases including both state and federal courts. During his career, Marc has successfully represented clients in many high-profile and media attention cases, including his representation of Elizabeth Johnson in the nationally televised “Baby Gabriel” case. He has also successfully argued before the 9th Circuit Court of Appeals in San Francisco.

As a long-time freedom activist, Marc is regularly invited to speak to audiences across Arizona on a variety of issues including ending the drug war, the rights of gun owners, the free market, criminal justice issues as well as a variety of other criminal law-related issues. Most recently, Marc has spoken on the Live and Let Live Principle, the foundation upon which he has established The World’s Only Real Peace Movement.

Lorraine Rivera is an award-winning broadcast journalist who serves the Arizona television market. Rivera is the host and co-producer of Arizona 360, a weekly statewide public affairs program. Her 15 years of television journalism have earned honors to include a Rocky Mountain Southwest Emmy as well as a regional Edward R. Murrow award. Rivera’s reporting along the US/Mexico border has been featured on PBS NewsHour. Rivera’s work extends beyond television as she has moderated gubernatorial, congressional and mayoral debates as well as serving as the host for community forums and panel discussions. Outside of her work in television Rivera serves as an adjunct professor in the University of Arizona School of Journalism. Rivera is a two-time graduate of the University of Arizona holding a bachelor’s in Journalism as well as a master’s degree in Educational Leadership. During her free time Rivera enjoys reading and exploring Arizona.

Yvonne Wingett Sanchez is a national political reporter for The Arizona Republic, where she has covered Arizona’s senators since 2018. Since joining The Republic in 2001, she has covered the Governor’s Office and state politics, Maricopa County government, Latino affairs, and Phoenix neighborhoods. Her investigative work helped lead to the 2018 referendum of Arizona’s expanded school voucher-style program by voters. Her stories about the years-long political and legal battles in county government under Sheriff Joe Arpaio were submitted for a Pulitzer Prize by The Republic and prompted a slew of federal, state and internal investigations. She lives in north-central Phoenix with her three children and husband, Jesse Sanchez, a national baseball writer for MLB.com.