Commissioner Galen Paton talks about the beginning of the qualifying period 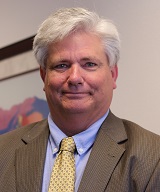 Hundreds of millions of dollars are spent on political campaigns and the 2020 elections will be no different. Many of these dollars are from organized donors assembled as countless political action committees or PACS; private corporations and unions. It can be overwhelming to think about running for office, when you consider the amount of money in politics.

However, Arizona is one of 14 states in the U.S. where voters established an option for individuals to run for statewide and legislative office with public monies. It was passed by voters to diminish the influence of special interest money by breaking the link between fundraising and governing that gives rise to corruption or its appearance, and to broaden the pool of candidates. A recent example of a clean elections candidate is Arizona’s Superintendent of Public Instruction, who recently opined that her election was in part, made possible because of the Citizens Clean Elections Act. Since its inception, candidates from all political parties have chosen to run clean for state offices such as governor, secretary of state, attorney general as well as the legislature. The Act has fulfilled its intention: broader participation and transparency in elections. Moreover, candidates who run with clean elections funding aren’t raising money from the same people who they regulate.

Come August 1st, candidates who have chosen to run as a clean elections candidate in the 2020 election will begin soliciting $5 qualifying contributions from registered voters in their district, so they can qualify for public funding and not rely on special interest money. There is 100 percent transparency of clean candidates’ campaign monies, as every single clean candidate is audited by the Commission to ensure public funds are spent in compliance with the Act.

Clearly, the Clean Elections Act is working. If you want to run for office, know that in Arizona, you can. Public office is attainable. Learn more about running as a clean candidate by visiting https://www.azcleanelections.gov/run-for-office/how-clean-funding-works.

Submitted by: Commissioner Galen Paton was appointed by Governor Doug Ducey to the Citizens Clean Elections Commission. The Commissioner had a long and rewarding career coaching high school and college softball, volleyball and basketball teams in the southwest. He is a current member of the Realty Executives Tucson Elite group.