A misleading effort to strengthen role of 'dark money' 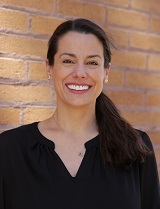 Two decades ago, Arizona voters established a different way for people to run for office. The idea behind the Citizens Clean Elections Act was simple: "improve the integrity of Arizona state government and promote public confidence in the Arizona political process."

Candidates needed a new way to pay for the costs of running for office. An alternative to the traditional path was needed because with conventional fundraising comes the corrupting influence of large contributions.

Today, we continue to face these challenges, but now the financing of political advertising by secret groups with hidden agendas, or "dark money", has become the norm. Fortunately, the voters who passed Clean Elections in 1998 provided resources and enforcement over those organizations.

Clean Elections is an antidote to the dark money seeping into our elections. Here's the bad news: The Legislature has proposed, and is close to referring to voters, HCR 2007, which would be a big win for dark money. The bill demonstrates disregard for the past and current will of Arizona voters.

The bill's advocates claim that their aim is to bar spending on political party services, but they misled fellow legislators with unfounded claims that candidates illegally funded money to state parties - claims investigated and found to be unsupported. The Citizens Clean Elections Commission, an independent bipartisan board, publicly and effectively polices clean candidates' use of funds for campaigns, including ensuring dollars aren't misused for the benefit of either political party or any individual. Wrongdoers are punished.

The bill's advocates are less vocal about HCR 2007's effort to do away with the commitment to public transparency that is the hallmark of the commission. The bill purports to subject the commission to oversight by the Governor's Regulatory Review Council, a rule making review body filled with gubernatorial appointees -- political insiders. HCR 2007 creates conflicts of interest and an environment of partisanship. It would be detrimental to the integrity of the commission, one of Arizona's only state agencies.

Further troubling, HCR 2007 will also create a misleading financial formula for clean candidates, placing a chokehold on clean funding. This bill proposes to do away with adjustments for inflation, making fewer dollars available to candidates over time. This severely hurts statewide races like governor, secretary of state and attorney general -- offices that impact every voter and are targeted by the special-interest suppliers of dark money into Arizona elections.

Legislators may refer HCR 2007 to voters any day. Voters should know who is influencing elections. Resources shouldn't be wasted in a general election on a misleading bill when it is clear that Arizonans oppose dark-money practices. Recently, 90 percent of Tempe voters demanded more disclosure. The 1998 Citizens Clean Elections Act is the only model that effectively requires disclosure by dark-money groups in state elections.