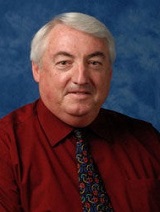 During a recent caucus of Republicans in the state House, two legislators made an extremely offensive statement about leadership of the Arizona Citizens Clean Elections Commission.

Specifically, while discussing a possible Clean Elections role in a bill, Rep. John Allen asked, “Can we virtually shoot the head of Clean Elections?” Rep. Kevin Payne said “Yes.” To her credit, Rep. Becky Nutt told her colleagues that type of talk was inappropriate. The exchange was reported on Twitter by Jeremy Duda, associate editor of the Arizona Mirror.

To that end, the following statement is from current Citizens Clean Elections Commission Chairman Mark Kimble, in response to this alarming exchange:

It is deeply troubling - particularly to those of us from Tucson - to joke about shooting someone in the head because of a policy difference. That is not funny. Reps. Allen and Payne owe an apology to all Arizonans for thinking it is appropriate to jest about shooting people in the head.

Members of the Commission are appointed alternatively by the governor and the highest-ranking official of the opposite party. Commissioners must not have served in, or run for, public office for five years, nor have been an officer of a political party. No more than two members of the commission may be from any one party or county. Currently, the Commission is made up of two Republicans, two Democrats and one independent. Learn more at azcleanelections.gov. 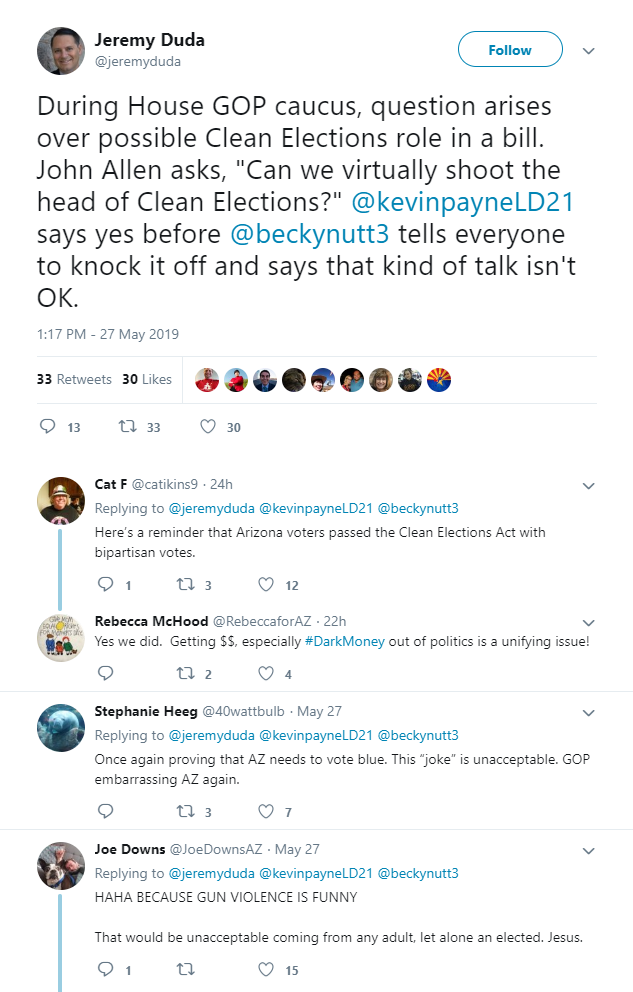