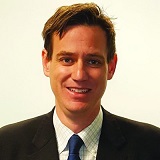 The findings from a three-year investigation of campaign violations by an independent counsel of then Attorney General Tom Horne during his bid for a second term in 2014, demonstrates three strengths of the Citizens Clean Elections Commission’s independent bipartisan approach to campaign finance enforcement, which addressed this same issue at that time: 1. It confirms the core findings of the Commission’s investigation. 2. It affirms the fairness of the conciliation in view of the Order’s reliance on the remedy imposed by the Commission. 3. It demonstrates the Commission is well equipped to fairly and quickly resolve these matters in the public interest. The historical account paints a more detailed picture:

In 2014, a former employee of the Attorney General’s Office filed a complaint with the Arizona Citizens Clean Elections Commission alleging that then Attorney General Tom Horne and his campaign were improperly accepting and using contributions of state staff time and state resources to advance his primary campaign against then candidate Mark Brnovich. The allegations raised issues under the Arizona Citizens Clean Elections Act, an anti-corruption initiative passed by voters in 1998.

The Commission, a five-member, bipartisan board, voted to authorize an inquiry by the Commission staff. The inquiry lead to a determination there was reason to believe that the Horne campaign was in violation of the Citizens Clean Elections Act. Following that determination, the Commission entered into a conciliation agreement with Mr. Horne. In the conciliation, Mr. Horne made certain concessions, paid a $10,000 fine and subjected himself to a parallel investigation launched after a similar complaint was filed with the Secretary of State. To date this is the only fine collected from Mr. Horne for campaign finance related matters.

Earlier this week, attorneys appointed by the Attorney General’s Office to investigate former Attorney General Tom Horne for the 2014 alleged campaign finance violations issued a compliance order (the “Order”) finding Mr. Horne in violation of the law. The Commission’s 2014 actions have been subject to news coverage regarding the Order and its relationship to the Commission. The Order explained that “[t]he number and type of incidents where state employees acted to further the interests of the Tom Horne 2014 campaign are sufficiently numerous and various so as to lead one to conclude . . . when viewed in total, over the course of nine months, substantial and significant.” [Order at 18] Mr. Horne was ordered to amend his campaign finance reports to acknowledge “the nature of the contribution,” while the $10,000 fine he paid to Clean Elections in 2014 was “deemed sufficient.” Id.

The Order supports and ratifies the Commission’s 2014 conciliation with Mr. Horne. That conciliation came after a three month inquiry, unsuccessful litigation by Mr. Horne which sought to block the inquiry, and the reason to believe determination that Mr. Horne violated the Citizens Clean Elections Act. The conciliation expressly required Mr. Horne to comply with any order to amend his campaign finance reports as directed by counsel appointed to investigate the Secretary of State’s reasonable cause finding, after any appeal right is exercised or expires.

Independent enforcement of campaign laws applicable to all statewide and legislative candidates as well as independent spenders are integral to the Clean Elections System enacted by voters almost 20 years ago. The Commission is the only bipartisan entity that is able to address campaign finance violations in Arizona. The Horne matter demonstrates that the Commission acts in a fast, fair, and accurate manner.

The Commission staff will continue its review of the Order to ensure Mr. Horne remains in compliance with his obligations under his conciliation agreement with the Commission.

Click here to view the Campaign Finance Enforcement page and details of the Horne matter.