What Elections You Can Participate In

Arizona has an open primary provision. This means that Independent voters are still eligible to vote in the primaries!

HOW?
To participate, an Independent Voter must specify which ballot type they would like to vote. See the instructions below on how to select your ballot.

An Independent Voter is not required to do anything different during the General Election.

WHO?
The nominees from each party in the primary election will appear on the same general election ballot. 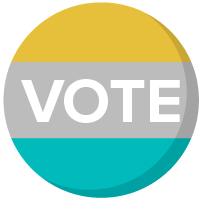 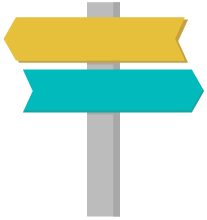 Independent voters must change their voter registration to participate in the PPE.

WHY?
Since the provision for open primaries does not apply to this particular election, every voter needs to be affiliated with the party in which they choose to vote.

How to receive your ballot for the Primary Elections 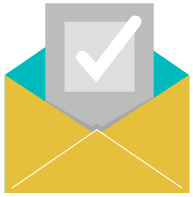 How to request a ballot by mail

How to request a ballot at the polling location

Election Day
Independent Voters who vote in-person need to tell a poll worker which party ballot they wish to vote. This can either occur at an early voting location or on election day. 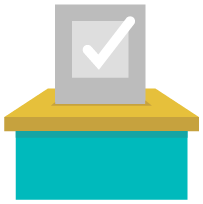 *The Libertarian Party has a closed primary.

Can independent voters vote in the primary election?
Yes. Arizona has an Open Primary and voters that are not registered with a recognized political party (Independents) are able to request a partisan ballot. Who gets which ballot in a primary election?

*The Libertarian Party has a closed primary. Independent voters who vote by mail must contact their County Recorder to designate which partisan ballot they want mailed to them. Local, non-partisan ballots may be available. Check with your county recorder's office.

Can I vote early in the primary?
Absolutely. If you are registered with a political party and on the Permanent Early Voting List (PEVL), you will automatically receive a ballot in your mailbox. Independent voters, that are on PEVL, must contact their County Recorder to designate which partisan ballot (or potentially a non-partisan ballot if available) they would like to receive. Voters not on PEVL may make a one-time early ballot request or sign up for the Permanent Early Voting List, by contacting their county recorder's office.