Pursuant to A.R.S. § 16-602(B), Maricopa County conducted the hand count/early ballot audit for the November 3, General Election. Click here to see the results.

Will my ballot count if I used a Sharpie?

Yes! Any regular ballot cast at the polling place will be counted. Sharpies are actually the recommended pen for filling out a ballot at the polling place in Maricopa County. This is different from previous years since Maricopa County purchased new election equipment. Sharpies work best as the ink dries the fastest, which is better for the tabulation machine to read when the voter places their voted ballot into the tabulator at the polls. Also, if there is any bleed through, it would not impact other races due to the ballot design. The county specifically purchased the pens supplied by poll workers, which were issued to ALL voters.

Why was I issued a Sharpie when other voters were issued a pen?

Sharpies were distributed for ALL voters on Election Day. Prior to Election Day, during the early voting period, voters that voted in person may have been issued a ball point pen. The reason for this is because only ballots cast on Election Day can be fed through the tabulator. Ballots that are cast in person during the early voting period are sent back to the county for signature processing and then go to the Elections Department for tabulation. Therefore, fast drying ink is not an issue for early ballots.

Why do the Early Ballot instructions and the ballot say to use black ball point pen?

What happens if the tabulation machine cannot read my ballot?

If, for any reason, the tabulator cannot read a ballot (such as a tear), the ballot is sent to a duplication/adjudication board where the bipartisan board will determine the voter’s intent and duplicate the voter’s choices onto a readable ballot.

How can I confirm my ballot was counted.

If you voted an early ballot (either in person or by mail):
You can verify the status of your ballot online here.

If you voted at the polls on Election Day:

Please note, ballots are still being tabulated. It can take some time for the county to update the voter’s record. If you do not see your status updated, it does not mean that your ballot was not counted yet. The counties are working to tabulate ballots first and then will update the system accordingly.


If I call the county can they tell me when my ballot was or will be counted?

No. Once a ballot has been cast at the polls, and once an early ballot has been signature verified and removed from the early ballot affidavit envelope, there is no possible way to trace that ballot back to any voter. This is by design to protect the voter’s constitutional right to a secret ballot.

Voters can confirm their ballot was counted by the methods described above.

Why does my Early Ballot status say canceled?

If a voter was issued an early ballot, but voted at the polls on Election Day, then the early ballot status will say canceled. It is correct for that early ballot to be cancelled since the voter voted in person. It is a security measure to ensure a voter cannot vote twice. 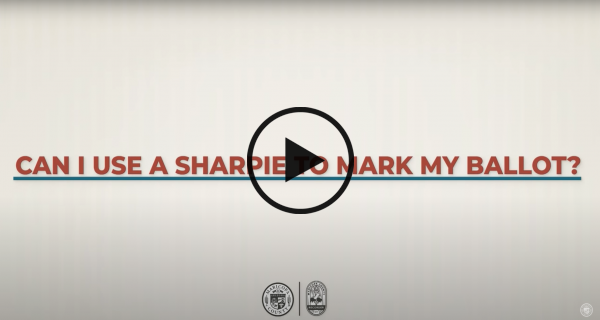 Board of Supervisors Letter 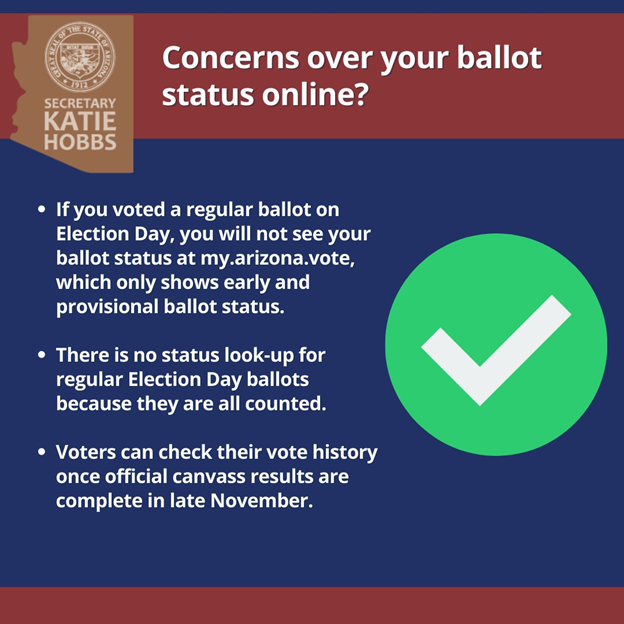 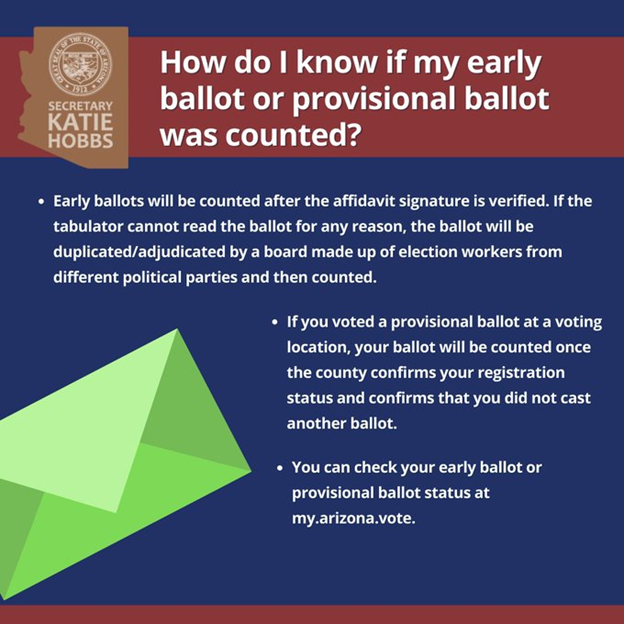 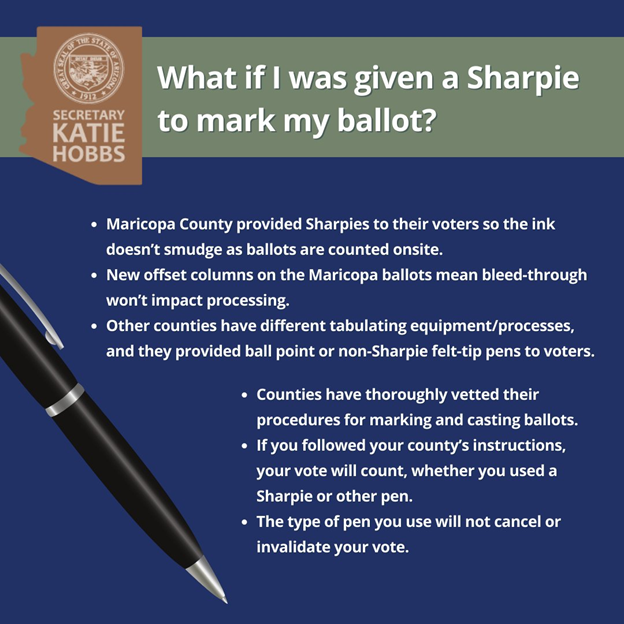